My project, Dynamism of a Figure no. 2 (2014) was exhibited in Laboratory at the Zuckerman Museum of Art in Georgia, November 2014 – Feburary 21, 2015. It is a more comprehensive version of the first work of the series, entitled Dynamism of a Figure (2012). Both peer back to the avant-garde movements of the early twentieth century, in particular Futurism and Cubism. However the idea of space-time, motion studies and cyborgism are now fused within the digital symmetry of the computer. Utilizing a combination of state-of-the-art motion capture technology and 3D animation, the resulting works are high-definition video triptychs. Simple platonic shapes are attached to a skeletal frame within an infinite virtual space, creating a 360 degree field of manipulation. Movement can be studied from every possible angle, avoiding any physical and lens-based limitations. Each screen displays a figure performing a simple dance through a series of abstract environments augmented by surround sound audio. At a basic level, they are complex motion studies, at a more cerebral level, a reflection of humankind’s constant fear, isolation, evolution and resilience. 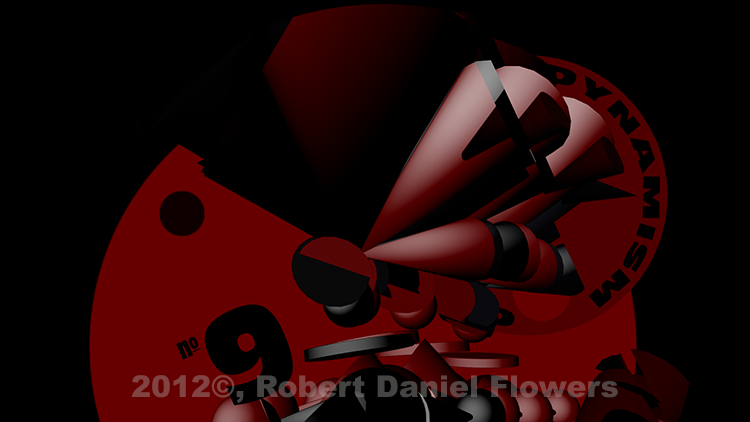 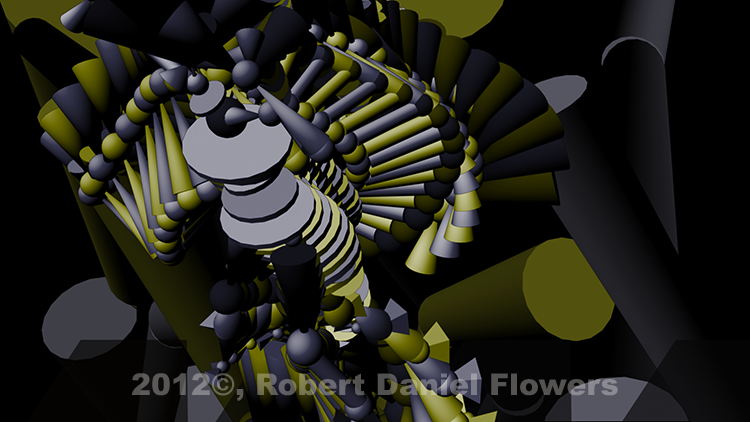 Stills from Dynamism of a Figure 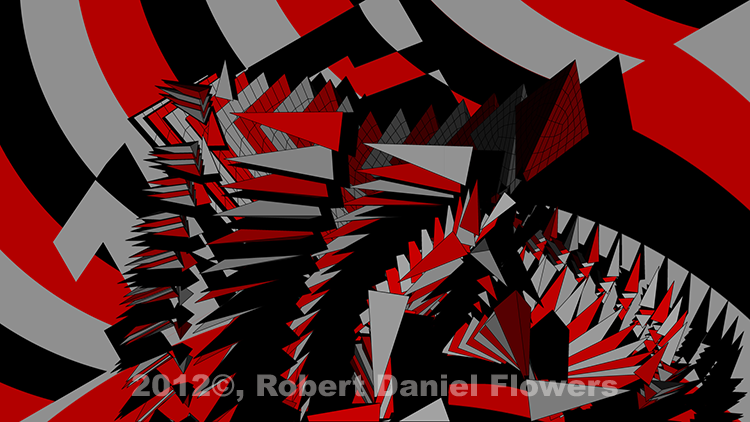 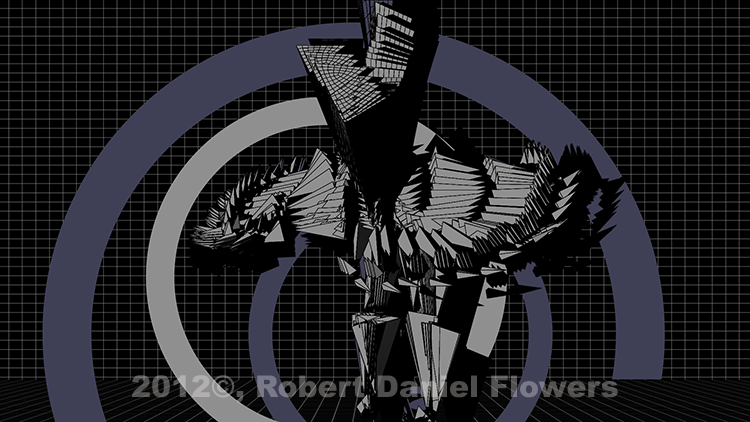 Stills from Dynamism of a Figure no. 2