In the late eighties a fellow filmmaker, James Cain gave me three 35mm film motion picture trailers. They were Beetlejuice, Young Guns, and The Dead Pool. I tried unsuccessfully to use a shot from the latter in Are There Fairies Dancing on the Lawn?…And if There Are Can I Catch Them in a Net? The rolls sat unused in various boxes until 2008. When plans to shoot a new work with 16mm and 8mm failed to materialize, the trailers resurfaced. While experimenting with their digitization, I discovered a way to distort them, and so began the long conversion process. Eventually, I generated enough footage to create Canned Meat (Trilogy), a 13 minute hybrid containing hundreds of edits in picture and sound. Using similar but varying techniques, Disjecta Membra, Soft Film Poem, I AM A STAR, and X-Rated were completed in 2009. I titled the series 35mm. Below is the original artist statement:

35mm is a collection of five works which use celluloid as the major structural component. It produces a filmic or cinematic look regardless of the process of digitalization. This series of shorts reflects digital technologies assimilation of the motion picture in non-traditional filmmaking. This may be most evident by the flat-panel displays and DLP projectors used for exhibition.

35mm presents itself as a body of work exploring celluloid’s place in the future of avant-garde cinema. The hybrid may represent the best of both mediums, the acquisition of the image on film and the advantage of digital post-production and distribution. At the very least it is the final supernova before the analog world of gears and sprockets goes silent and dark.

35mm opened at Centraltrak in Dallas and was later co-presented by the Aurora Picture Show at the FlickerLounge (part of DiverseWorks) in Houston Texas. It was also projected at the Ro2Art gallery (info) in downtown Dallas via the McKinney Avenue Contemporary (The MAC). 35mm was also displayed at the Richland College Faculty Exhibit in the Brazos Gallery and the Atrium Gallery at Brookhaven College in Dallas. Additionally, Canned Meat was screened at the Austin Underground Film Festival (Psych Nite). In 2013, Disjecta Membra was part of Proto-Cinematic Investigations @ Bergen Gallery in Paramus New Jersey.

Canned Meat (2008) was an exhausting effort. The digitization of the trailers easily took as many as one-hundred hours to produce the various nuances in the image. The results are vertical streaks of color permeating each frame in seemingly random patterns. The editing process was equally daunting, but was built around the relationship between the characters’ actions. Beetlejuice points his finger as a gun, it fires, in response Billy the Kid pulls his pistol, and Dirty Harry swiftly retaliates. Gunfire erupts maniacally, interrupted sporadically by cutaways with dialog or music. Eventually the entire Young Guns cast joins the firefight in the ensuing crescendo. The shots act as musical beats in a sometimes demanding soundtrack, yet creates a rhythmic harmony with the onscreen action. I felt the image and sound had reached such an extreme level of manipulation, that it resembled processed meat. Perhaps this is fitting in a culture of candy coated violence where the sweet flavor hides its true ingredients. 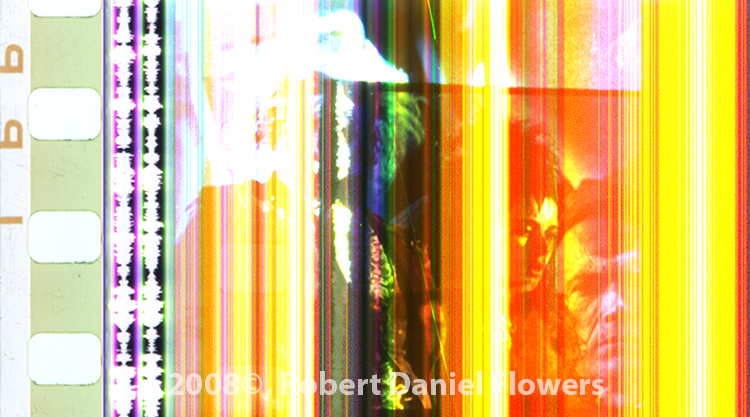 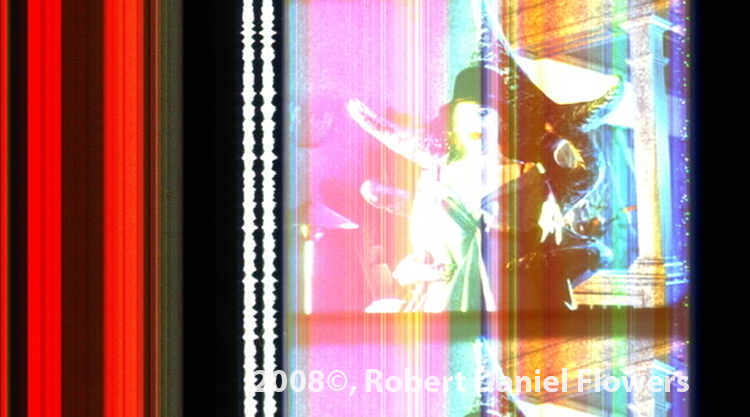 In I AM A STAR (2009) the laser printer becomes the paparazzi by recording the celebrities true essence on 35mm clear leader. With music reminiscent of a carnival midway, their dotted faces bop comically across the screen in the resulting transformation. The occasional jam further disfigured their star persona as the black and white toner sometimes failed to adhere to the polyester film, causing smears and scuffs. The application of a spray fixative binds the celebrity with sprocket holes despite never passing through a cameras gate. In many ways a ritualistic activity, the video is built to unveil the STARS actual appearance. 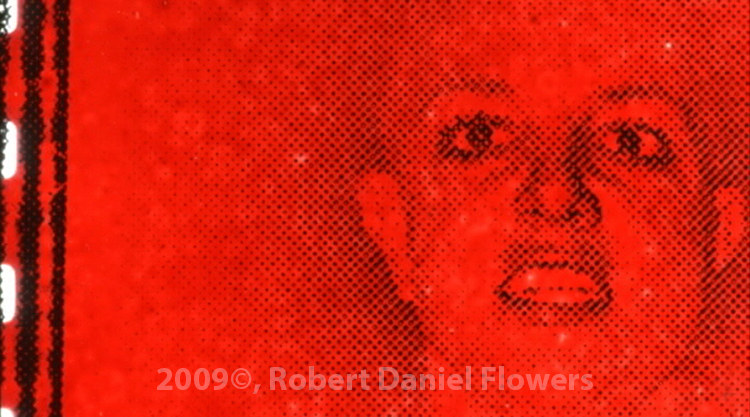 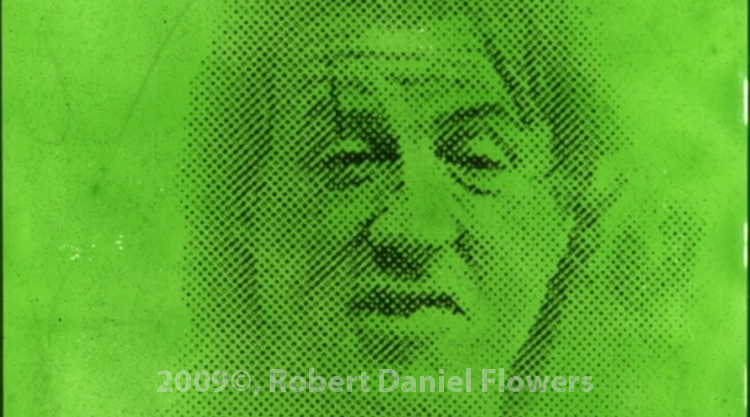 (Stills from I AM A STAR)

X-Rated (2009) is a collage made from the pages of various straight and gay pornographic magazines. Nude figures and sexual advertisements are cut roughly to size and glued to 35mm clear leader. The paper is later removed, leaving only the ink. Once digitized, the frames are animated in conjunction with a vector based disco ball to a looped portion of music from a 70′s adult movie. While it does not have the number of edits as the other works in the series, X-Rated relies heavily on the exact synchronization of picture and sound. The spinning ball also acts as a black bar covering up sexual acts or genitalia until it shrinks in size and bounces across the screen revealing what hides beneath. 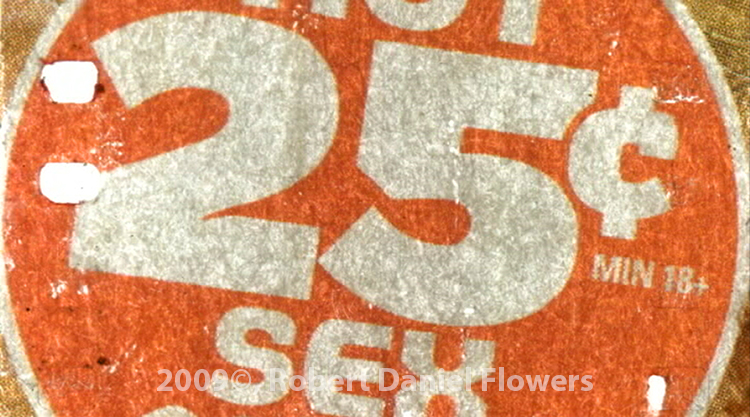 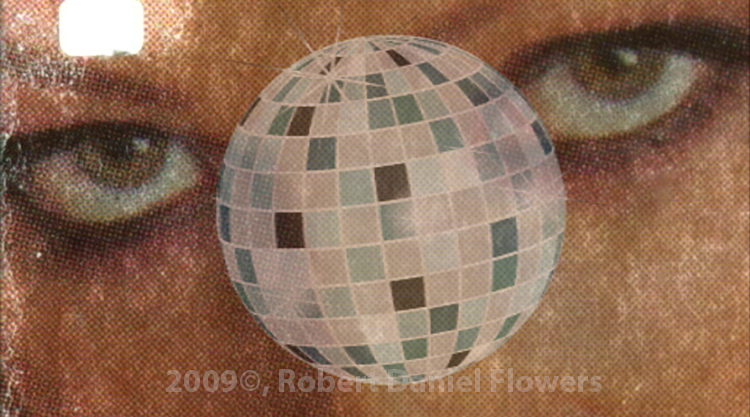 Soft Film Poem’s (2009) aesthetic comes from a mixture of techniques from hand-painted film and various software programs. 35mm emulsion is scraped, bleached, or painted with ink. Once inside the confines of the computer, the film is layered, colorized, and sized accordingly. Orbiting spheres seem to pass through formations of clouds and debris, while the visual aspects of an optical stereo soundtrack move graciously across the bottom of the frame. Using sound from a theremin and the resonance from a wine glass, Soft Film Poem’s audio mimics the ethereal qualities of the moving image. 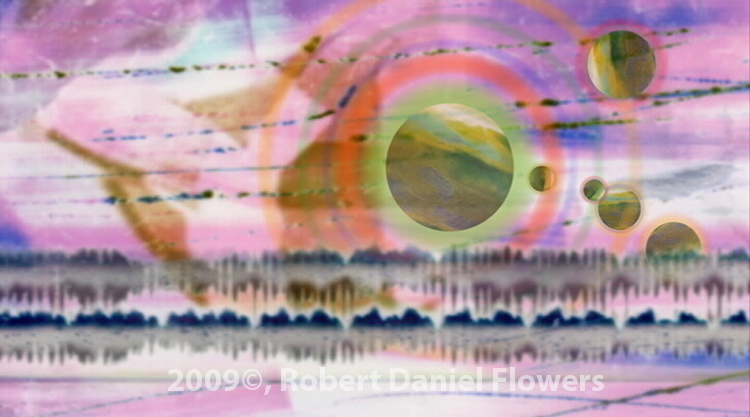 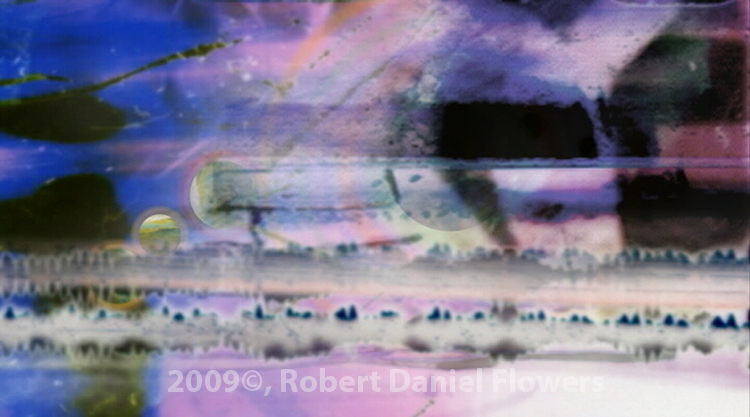 Random shots from the trailers of The Quick and the Dead, Beetlejuice, Desperado, and footage from an unknown Ben Stiller film are strategically burnt to varying degrees. The remnants are cut into a new narrative. In this context, the videos title, Disjecta Membra (2009), Latin for scattered fragments or remains, refers to the surviving pieces of various films rather than ancient poetry or pottery. However, instead of parts being lost over the millennia, these were willfully destroyed or damaged over a course of days or weeks. A motion picture film trailer is purposely designed as a linear series of fragments taken from the whole to summarize or emphasize certain aspects of it. Thus inter-cutting burned shots from multiple trailers scatters the remains exponentially. 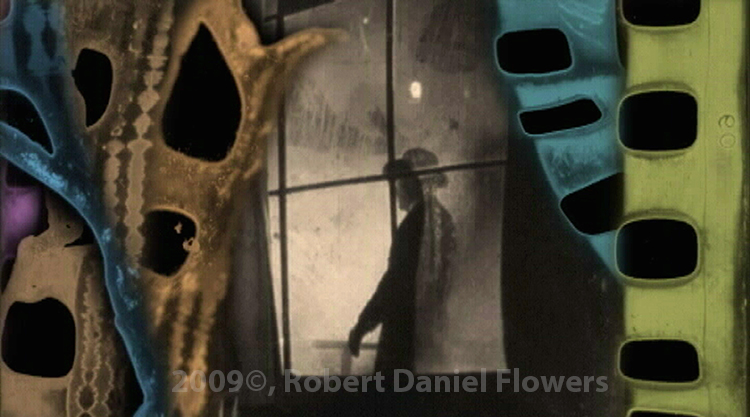 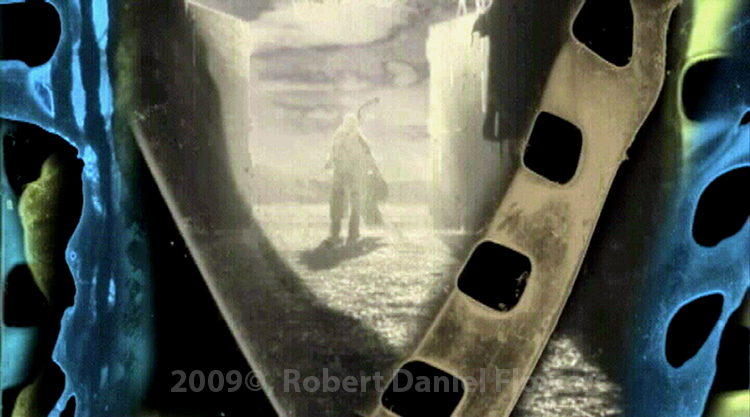